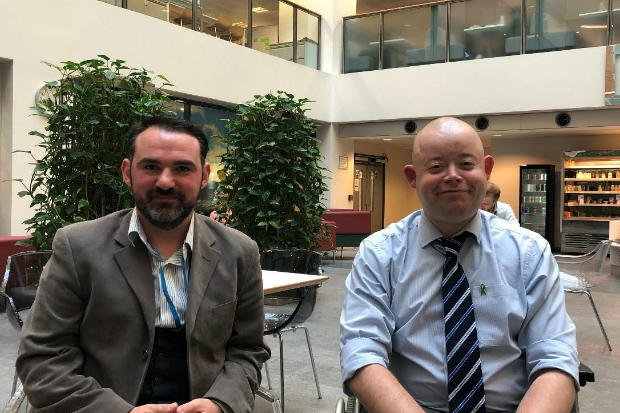 My name is Sam Wilmington and I graduated from Lancaster University in 2004 after studying a BA in Sociology.  Like many graduates, I didn’t have a set idea of what I wanted to do as a career so I applied for every graduate management training scheme I could find.  What followed was months of either silence, or responses from prospective employers saying that I had not been successful due to the volume of applications they had received. Ultimately, I moved back in with my parents and found a job working at the bar of a local restaurant.

Fortunately, one of my regular customers at the restaurant owned a small telecoms company that specialised in selling mobile phone contracts and handsets to VIP clients in the sports, media and entertainment industries.  He invited me to come and speak to him to see what roles he might have available.  This is where I began a ten-year career in the telecoms sector, the majority of which was spent trying to sell mobile phones to celebrities.

Between 2006 and 2016, a lot of things changed.  I bought a house, got married, got a dog, had a child, then left VIP telecoms and became a specialist in international telecoms solutions working out of Harrogate.  However, over time I lost interest in working in telecoms, and the private sector.  I was struggling to find the motivation to go to work.  I wanted my work to have a positive impact in some way and I wanted to feel like what I was doing mattered.  It was with this in mind I started looking for roles within the public sector.

I was successful in achieving the role of a caseworker for the Disclosure and Barring Service in Darlington where I spent two years reading through case files and making decisions on whether individuals were or were not suitable to work in regulated activities with children or vulnerable adults.  I found my first experience of working in the public sector to be exhilarating as I was surrounded by intelligent, articulate and engaged individuals, all united by a common focus on improving society.  I was determined to progress in the public sector when I received an e-mail mentioning that the Fast Stream application window was open.

I applied for the scheme, comfortable with the thought that if I didn’t get in at least I was happy in my existing job.  After months of tests and assessments, I was eventually offered a position on the Digital, Data and Technology Fast Stream programme and was faced with the prospect of leaving a job I knew and loved to take something of a step into the unknown in the name of career progression.  After discussing the offer with my wife, I decided that the opportunity was too good to decline, and I joined the Fast Stream in October 2018.

My first role took me to the Department for Work and Pensions in Newcastle where I learned about Agile management and development practices as a Delivery Manager for the Integration team.  This role also gave me a strong basis of knowledge for my second role as a Business Analyst.  I have recently relocated to DEFRA in York where I have started my third role on the Fast Stream as a Performance Analyst.  So far, I have found each of my roles challenging and engaging in different ways.  I often feel that I am outside my comfort zone, but I have never felt overwhelmed or unsupported thanks to the great support networks provided by my on-site colleagues and manager, the engagement of my Fast Stream Talent Development Manager and the warm and sociable support provided by fellow Fast Streamers.

It is my hope that through my Fast Stream experience I will learn to be the best leader I can be in order to perform the role of a senior civil servant to the high standards that the role deserves.

My advice to prospective applicants would be to face up to the challenge of the role and apply.  It will be competitive, it will be difficult, and it will often make you feel under pressure.  However, you will be put in positions of genuine responsibility and given the training and support to succeed.